Another One Goes Tonight 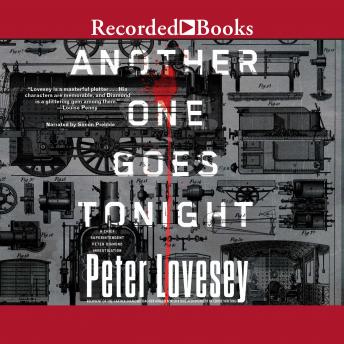 Two police officers are about to head home after a long night shift when they receive one last call. En route to investigate, the patrol car spins off the road, killing one of the exhausted cops and leaving the other in critical condition. Detective Peter Diamond is assigned to look into the case. His supervisor is desperately hoping Diamond will not discover the officers were at fault. Instead, Diamond discovers something even worse-a civilian on a motorized tricycle was involved in the crash and has been lying on the side of the road for hours. Diamond administers CPR, but the man's fate is unclear. Meanwhile, Diamond has become suspicious of the civilian victim and begins a private inquiry that leads to a trail of uninvestigated deaths. As the man lingers on life support, Diamond must wrestle with the fact that he may have saved the life of a serial killer.

Another One Goes Tonight