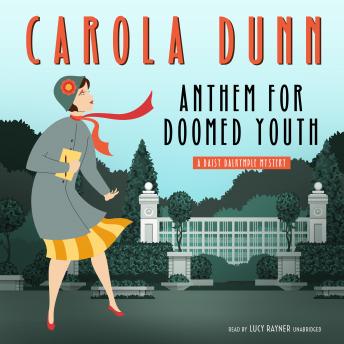 In the Spring of 1926, the corpses of three men are found in shallow graves off the beaten path in Epping Forest outside of London-each shot through the heart and bearing no identification. DCI Alec Fletcher of Scotland Yard, the lead detective, is immediately given two urgent orders by his supervisor at the Yard: solve the murders quickly and keep his wife, the Honorable Daisy Dalrymple Fletcher, away from the case! Thankfully, Daisy's off visiting their daughter at school. But when a teacher is found dead, Daisy is once again in the thick of it. As Daisy tries to solve one murder, Alec discovers that the three victims in his case were in the same Army company during World War I, that their murders are likely related to specific events that unfolded during that tragic conflict, and that, unless the killer is revealed and stopped, those three might only be the beginning.