The Antidote: Inside the World of New Pharma 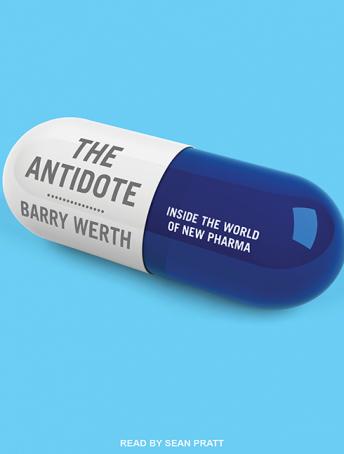 In 1989, the charismatic Joshua Boger left Merck, then America's most admired business, to found a drug company that would challenge industry giants and transform health care. Barry Werth described the company's tumultuous early days during the AIDS crisis in The Billion-Dollar Molecule, a celebrated classic of science and business journalism. Now he returns to tell a riveting story of Vertex's bold endurance and eventual success.

The $325-billion-a-year pharmaceutical business is America's toughest and one of its most profitable. It is riskier and more rigorous at just about every stage than any other business, from the towering biological uncertainties inherent in its mission to treat disease; to the 30-to-1 failure rate in bringing out a successful medicine even after a molecule clears all the hurdles to get to human testing; to the multibillion-dollar cost of ramping up a successful product; to operating in the world's most regulated industry, matched only by nuclear power.

Werth captures the full scope of Vertex's twenty-five-year drive to deliver breakthrough medicines. At a time when America struggles to maintain its innovative edge, The Antidote is a powerful inside look at one of the most intriguing and important business stories of recent decades.

Antidote: Inside the World of New Pharma