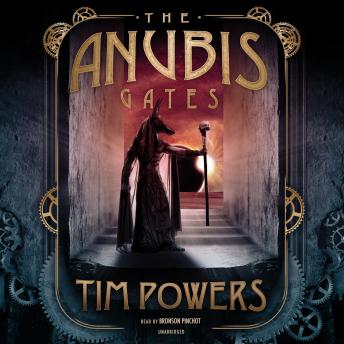 When Brendan Doyle is flown from America to London to give a lecture on Samuel Taylor Coleridge, little does he expect that he will soon be traveling through time and meeting the poet himself. But Brendan could do without being stranded penniless in the teeming, thieving London of 1810.

Only the dazzling imagination of Tim Powers could have assembled such an insane cast of characters: an ancient Egyptian sorcerer, a modern millionaire, a body-switching werewolf, a hideously deformed clown, a young woman disguised as a boy, a brainwashed Lord Byron, and our hero, Brendan Doyle. The Anubis Gates took the fantasy world by storm upon its initial publication, and now fans can savor this Philip K. Dick Award winner all over again.