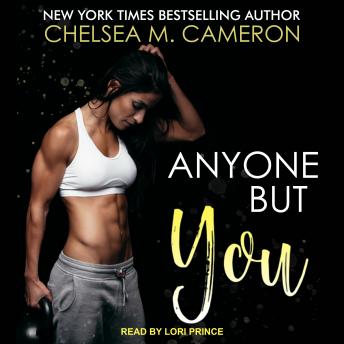 Things are going great for Sutton Kay, or at least they were. Her yoga studio is doing well, she's living with her best friend, and she just got two kittens named Mocha and Cappuccino. Sure, she doesn't have a girlfriend, but her life is full and busy.

Then her building is sold and the new landlord turns out to be the woman putting in a gym downstairs who doesn't seem to understand the concepts 'courtesy' and 'don't be rude to your tenants.' Sutton can't get a read on Tuesday Grimsdottir, but she can appreciate her muscles. Seriously, Tuesday is ripped. Not that that has anything to do with anything since she's too surly to have a conversation with, and won't stop pissing Sutton off.

Sutton's life gets interesting after she dares Tuesday to make it through one yoga class, and then Tuesday gives Sutton the same dare. Soon enough they're spending time working out together and when the sweat starts flowing, the sparks start flying. How is it possible to be so attracted to a person you can barely stand?

But when someone from Tuesday's past shows up and Sutton sees a whole new side of Tuesday, will she change her mind about her grumpy landlord? Can she?