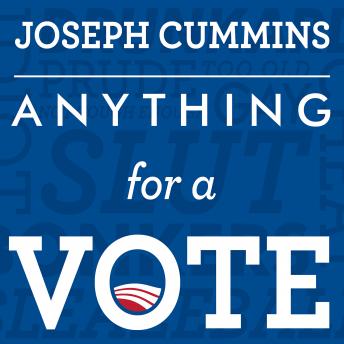 Anything for a Vote: Dirty Tricks, Cheap Shots, and October Surprises in U.S. Presidential Campaigns

Today's political pundits express shock and disappointment when candidates resort to negative campaigning. But history reveals that smear campaigns are as American as apple pie. Anything for a Vote is an illustrated look at 200-plus years of dirty tricks and bad behavior in presidential elections, from George Washington to Barack Obama and John McCain. Let the name-calling begin!

 1836: Congressman Davy Crockett accuses candidate Martin Van Buren of secretly wearing women's clothing: 'He is laced up in corsets!'
 1960: Former president Harry Truman advises voters that 'if you vote for Richard Nixon, you ought to go to hell!'

Full of sleazy anecdotes from every presidential election in United States history, Anything for a Vote is a valuable reminder that history does repeat itself, that lessons can be learned from the past (though they usually aren't), and that our most famous presidents are not above reproach when it comes to the dirtiest game of all-political campaigning.

Anything for a Vote: Dirty Tricks, Cheap Shots, and October Surprises in U.S. Presidential Campaigns