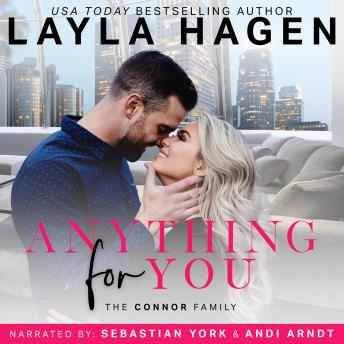 Hotshot CEO Landon Connor has many talents. He’s successful and driven, and maybe a little too career-focused. Some (like his big and boisterous family) would even call him a workaholic. After losing his wife, he’s put his personal life on hold.

But meeting landscape designer Maddie Jennings makes him question his choices. He can’t get enough of her sweetness, or her sensual curves. Maddie Jennings is all he sees, and everything he wants.

Maddie hasn’t met anyone quite like Landon. He’s sexier than anyone has the right to be, and more intense too. He’s a little bossy, a lot hot. Despite fanning herself every time he comes near her, she tries to ignore their attraction. Maddie isn’t sure that she and Landon are quite right for each other.

When Landon romances her with late night walks and sinful dancing, she can’t help giving in to him. His touch is intoxicating, and their passion is scorching hot. His love is beautiful

But can Landon open up his heart for longer than a summer?