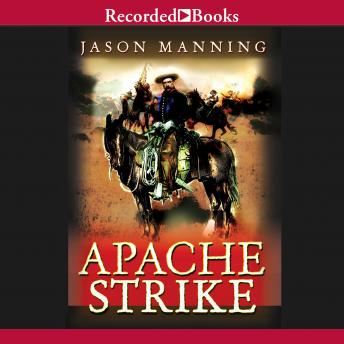 Popular author Jason Manning has won a dedicated fan base with his soaring novels of the Old West. Starring frontier specialist and former U.S. lieutenant Joshua Barlow, Apache Strike is packed with thrilling action and realistic period detail. When tensions between Apaches and white settlers reach the breaking point, Geronimo leads a war party through white settlements and into Mexico. Barlow joins the pursuit of Geronimo, but is distracted when his nemesis Kiannatah resurfaces. A Netdahe Apache-a brutal, renegade killer-Kiannatah launches a terrifying campaign of vengeance after federal soldiers kill his woman. Now only Barlow can stop this most feared of Netdahe warriors.

This title is due for release on December 19, 2008
We'll send you an email as soon as it is available!