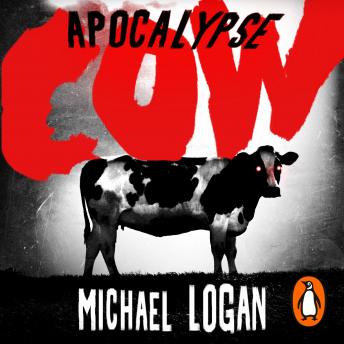 When scientists with warped imaginations accidentally unleash an experimental bioweapon that transforms Britain's animals into sneezing, bloodthirsty zombies with a penchant for pre-dinner sex with their victims, three misfits become the unlikely hope for salvation.

Abattoir worker Terry Borders' love life is crippled by the stench of death that clings to his skin from his days spent slaughtering cows; teenage vegan Geldof 'Scabby' Peters alternates between scratching furiously at his rash and baiting his overbearing New Age mother; and inept journalist Lesley McBrien struggles forlornly in the shadow of her famous war correspondent father and the star journalist at the Glasgow Tribune.

When Britain begins a rapid descent into chaos and ministers cynically attempt to blame al-Qaeda, Lesley stumbles upon proof that the government is behind the outbreak. During her bumbling quest to unveil the truth, she crosses paths with Terry and Geldof, and together they set out to escape a quarantined Britain with the evidence and vital data that could unlock a cure for the virus.

Standing in the way are rampaging hordes of animals, a ruthless security agent and an army ready to shoot anybody with a case of the sniffles on the off-chance the virus has mutated.

Logan has somehow managed to make a story about zombie livestock taking over the UK disappointingly predictable and boring; even the wank jokes are dull. The narrator does a great job, though.

This title is due for release on August 23, 2012
We'll send you an email as soon as it is available!