Apollonius of Tyana: The Life and Legacy of the Influential Ancient Greek Philosopher 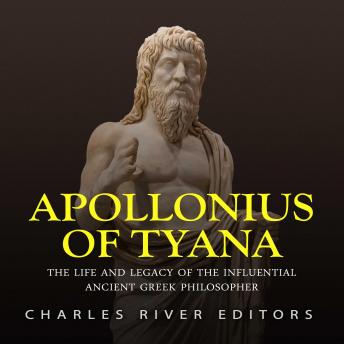 Even after Greek power waned, the Romans borrowed Greek culture, so it should come as little surprise that various Greeks continued to be influential in antiquity. In fact, if people in the 3rd century CE were asked which religious or philosophical figure from the 1st century CE was most likely to found or inspire a global religion that would attract millions of followers and last for centuries, they would not have answered Jesus of Nazareth. Instead, a Pythagorean philosopher, orator, and teacher known as Apollonius of Tyana would have been the likeliest name brought forward.

Today, very few have heard of him, but he became a major philosophical and religious figure through the publication of his thoughts, travels, and miracles by Philostratus the Elder (c. 170-247 CE), written about a century after Apollonius of Tyana’s death. Philostratus the Elder’s works were based on the works of other writers (Maximus of Aegae, Damis, and Moeragenes), and miracles attributed to Apollonius were often compared to those of Jesus, who lived around the same time. Apollonius’s cult was important throughout the whole of the Pagan era and even carried on into the Middle Ages, during which he continued to be a figure of some significance. During the Enlightenment (1715-1789), he again attracted attention and admiration as a spiritual teacher, to the extent that 18th century writer Francis Barrett claimed that Apollonius was 'one of the most extraordinary persons that ever appeared in the world.'

Why such an important philosopher has been so forgotten by modern historians is in itself an interesting issue, and it is just as crucial to understand what Apollonius preached and the information he provided about his contemporary world. He spent most of his life within the boundaries of the Roman Empire, but he also traveled farther afield, and the accounts of these journeys provide a wealth of information about the outside world.

Apollonius of Tyana: The Life and Legacy of the Influential Ancient Greek Philosopher

This title is due for release on December 2, 2020
We'll send you an email as soon as it is available!