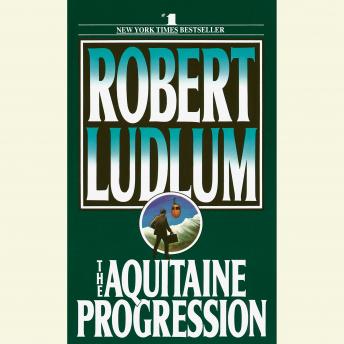 The Aquitaine Progression: A Novel

In Geneva, American lawyer Joel Converse meets a man he hasn’t seen in twenty years, a covert operative who dies violently at his feet, whispering words that hand Converse a staggering legacy of death: “The generals . . . they’re back . . . Aquitaine!” Suddenly Converse is running for his life, alone with the world’s most shattering secret. Pursued by anonymous executioners to the dark corners of Europe, he is forced to play a game of survival by blood rules he thought he’d long left behind. One by one, he traces each thread of a lethal progression to the heart of every major government, a network of coordinated global violence that no one believes possible—no one but Converse and the woman he once loved and lost, the only two people on earth who can wrest the world from the iron grasp of Aquitaine.

Praise for Robert Ludlum and The Aquitaine Progression

“You won’t be able to put it down. (Don’t ever begin a Ludlum novel if you have to go to work the next day).”—Chicago Sun-Times

“Ludlum at his best.”—Publishers Weekly