Arches across the Roman Empire: The History of the Roman Arches Built in Europe, the Middle East, Asia Minor, and North Africa 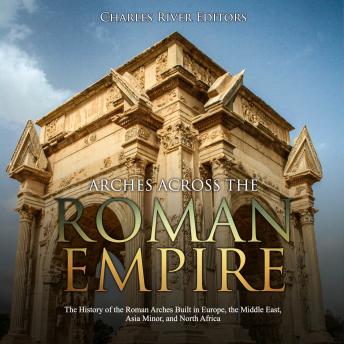 Some of the most iconic symbols of the Roman Empire that have survived into the modern world today are the arches that Romans erected to commemorate military victories and glorify individual emperors. The story of how arches came to be used throughout the Roman world in such a way is one that involves the evolution of the military and its leaders into the political forces that came to dominate the state, and those arches, along with the triumphs that came to be associated with many of them, were key parts in the process of exhibiting the might of both Rome. At the same time, they were meant to mark the individual achievements of Rome’s rulers, making them an enormous and expensive PR exercise that steadily grew over the years.

Of course, Roman arches have intrigued historians for years. Franz Botho Graef, a German classical archaeologist and art historian, a prominent expert in the area, devoted his life to the identification and cataloguing of Roman arches. He documented 125 extant arches, and 30 further examples discerned from the literature or other sources, scattered throughout Rome and its provinces. Graef’s listing is usually taken as the starting point for subsequent researchers, but another eminent historian in the field, A. Frothingham, has disputed Graef´s listings, arguing that only 115 of the 125 identified arches actually existed. He also claimed to have identified 280 further “monuments and arches,” the majority of which were located within Asia Minor, North Africa, and Syria. However, this methodological approach introduced a new category – monuments - into the cataloguing process, which has only served to complicate the debate.

Arches across the Roman Empire: The History of the Roman Arches Built in Europe, the Middle East, Asia Minor, and North Africa