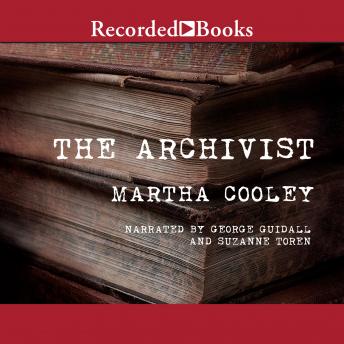 The Archivist is a debut novel of remarkable depth and power. Set in the hushed world of a prestigious American university, it weaves a story of love and loss, recognition and redemption. Matthias Lane, 65, is the university's orderly archivist. Graduate student Roberta Spire, 35, is determined to gain access to some of the collection's sealed letters-ones written by T.S. Eliot to his close friend, Emily Hale. Roberta believes they hold the keys to Eliot's religious conversion, his wife's suicide, and his emotional detachment. As Matthias considers Roberta's request, he is confronted with the eerie parallels between the poet's life and his own. Narrator George Guidall voices each emotional and psychological shift in the archivist's revelations. When Suzanne Toren joins him to relate a journal kept by Matthias' wife before her death, this chronicle adds an unforgettable dimension to an assured and thoughtful novel.

Amazing writer coupled with George Guidall! Who could ask for more! Excellent!