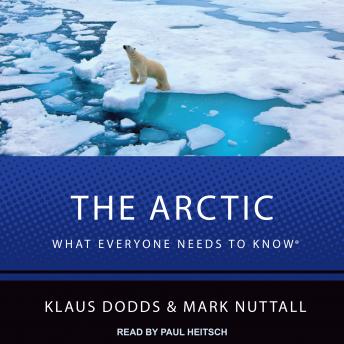 The Arctic: What Everyone Needs to Know

Conversations defining the Arctic region often provoke debate and controversy-for scientists, this lies in the imprecise and imaginary line known as the Arctic Circle; for countries like Canada, Russia, the United States, and Denmark, such discussions are based in competition for land and resources; for indigenous communities, those discussions are also rooted in issues of rights. These shifting lines are only made murkier by the threat of global climate change. In the Arctic Ocean, the consequences of Earth's warming trend are most immediately observable in the multi-year and perennial ice that has begun to melt, which threatens ice-dependent microorganisms and, eventually, will disrupt all of Arctic life and raise sea levels globally.

In The Arctic, Klaus Dodds and Mark Nuttall offer concise answers to the myriad questions that arise when looking at the circumpolar North. They focus on its peoples, politics, environment, resource development, and conservation to provide critical information about how changes there can, and will, affect our entire globe and all of its inhabitants. Dodds and Nuttall explore how the Arctic's importance has grown over time, the region's role during the Cold War, indigenous communities and their history, and the past and future of the Arctic's governance, among other crucial topics.