Argentina and Peronism: The History and Legacy of Argentina’s Transition from Juan Perón to Democracy 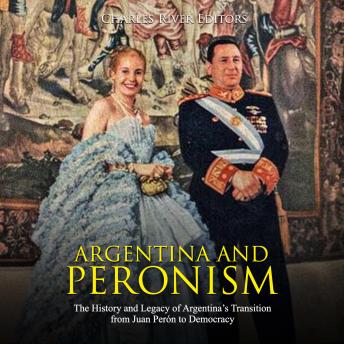 Until the 1930s, nationalism had always tended to be a phenomenon of the right-wing or the immigrant anarchists and Bolsheviks. Now, however, the emphasis shifted to the middle ground, and ironically, one of the issues driving Argentine nationalism was the outsized British presence in Argentine affairs, stoked recently by the preferential trade agreement. Perhaps most importantly, the seizure by the British in 1833 of the Islas Malvinas (or as the British termed them, the Falkland Islands) remained a sore point.

This wave of cultural nationalism was very different to the more visceral, political nationalism that came before it, and it gathered a considerable following in Buenos Aires among liberal intellectuals and the middle classes. The movement was given further impetus by the outbreak of World War II and the freezing of European markets, along with the British emphasis on the imperial preference as a means of saving foreign currency. Calls began to be heard for industries to be nationalized, for goods no longer imported to be manufactured at home, and for a greater degree of protectionism and self-sufficiency. At the same time, Argentina’s neutrality during the war was punished by the United States, which excluded Argentina from a program of arming several Latin American countries. This struck the Argentine armed forces with a bout of the jitters in case they fell behind in matters of military preparedness.

After the tensions had mounted for over a year, matters played out precisely as Perón’s opponents had feared. By the final months of 1945, his popularity had soared, and it seemed inevitable that he would seize control of the military government if permitted to remain in power.

Argentina and Peronism: The History and Legacy of Argentina’s Transition from Juan Perón to Democracy

This title is due for release on February 19, 2020
We'll send you an email as soon as it is available!