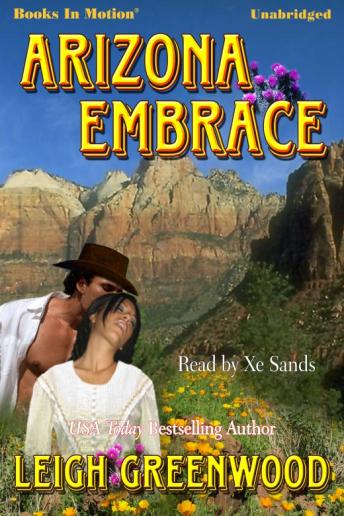 Bounty hunter Trinity Smith had one goal in life: to track down criminals and bring them to justice. And he was going after one of the most infamous of them all: Victoria Davidge, a cold-blooded seductress accused of murdering her husband. Trinity took up as a hired hand at her Arizona ranch, never expecting to find himself attracted to the fiery-haired fugitive, but the passionate beauty ignited his senses and tempted the hard-bitten loner to forget his lawful duty. Victoria knew her mysterious new employee was hiding something, but she never dreamed he was a bounty hunter determined to strip her of her freedom. She vowed to escape the clutches of the handsome rogue before he brought her in for a crime she had never committed...but then she found herself trapped in his strong embrace. And she longed to stay there forever.

This title is due for release on April 15, 2011
We'll send you an email as soon as it is available!