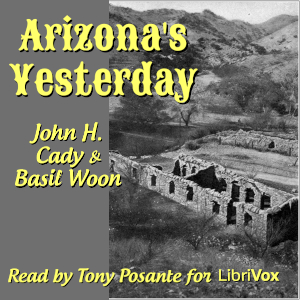 Arizona's Yesterday Being the Narrative of John H. Cady, Pioneer. Written by John Henry Cady and revised and rewritten in 1915 by noted Playwright and Journalist Basil Woon. Cady was born in Ohio, served in the Union Army during the Civil War, and eventually settled in Arizona Territory. Cady's story is one of adventure, determination, a pioneering spirit, and an entrepreneurial drive. Arizona's Yesterday is a glimpse of an Arizona not so much filled with gunfighters and warriors, but of an Arizona on the cusp of Statehood and the modern era. - Summary by Tony Posante