Armed Struggle: The History of the IRA 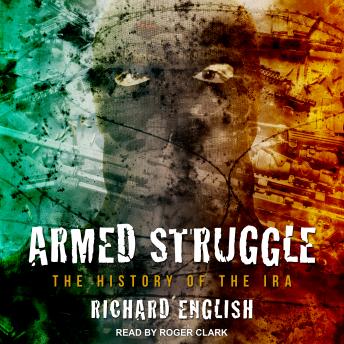 The IRA has been a much richer, more complexly layered, and more protean organization than is frequently recognized. It is also more open to balanced examination now-at the end of its long war in the north of Ireland-than it was even a few years ago.

Richard English's brilliant book offers a detailed history of the IRA, providing invaluable historical depth to our understanding of the modern-day Provisionals, the more militant wing formed in 1969 dedicated to the removal of the British Government from Northern Ireland and the reunification of Ireland. English examines the dramatic events of the Easter Rising in 1916 and the bitter guerrilla war of 1919-21, the partitioning of Ireland in the 1920s, and the Irish Civil War of 1922-23. Here, too, are the IRA campaigns in Northern Ireland and Britain from the 1930s through the 1960s. He shows how the Provisionals were born out of the turbulence generated by the 1960s civil rights movement, and examines the escalating violence that introduced British troops to the streets of Northern Ireland. He also examines the split in the IRA that produced the Provisionals, the introduction of internment in 1971, and the tragedy of Bloody Sunday in 1972.

Armed Struggle: The History of the IRA