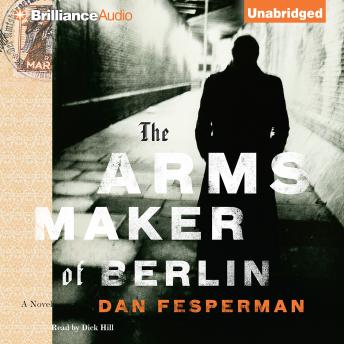 The Arms Maker of Berlin

When Nat Turnbull, a history professor who specializes in the German resistance, gets the news that his estranged mentor, Gordon Wolfe, has been arrested for possession of stolen World War II archives, he's hardly surprised that, even at the age of eighty-four, Gordon has gotten himself in trouble. But what's in the archives is staggering: a spymaster's trove missing since the end of the war, one that Gordon has always claimed is full of "secrets you can't find anywhere else . . . live ammunition." Yet key documents are still missing, and Nat believes Gordon has hidden them. The FBI agrees, and when Gordon is found dead in jail, the Bureau dispatches Nat to track down the material, which has also piqued the interest of several dangerous competitors. As he follows a trail of cryptic clues left behind by Gordon, assisted by an attractive academic with questionable motives, Nat's quest takes him to Bern and Berlin, where his path soon crosses that of Kurt Bauer, an aging German arms merchant still hoarding his own wartime secrets. As their stories-and Gordon's-intersect across half a century, long-buried exploits of deceit, devotion, and doomed resistance begin working their way to the surface. And as the stakes rise, so do the risks . . .