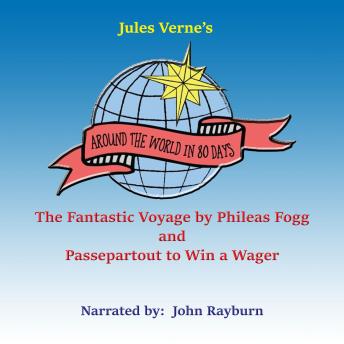 With such books as Journey to the Center of the Earth and Twenty Thousand Leagues Under the Sea, French author Jules Verne earned recognition as one of the founders of science fiction tales. Although, as one of those called "Fathers of Science Fiction," Verne often said he had not aimed at seeming scientific, claiming, "I have invented nothing." However, he did feel, "Anything one man can imagine, other men can make real." As one of those "other" men he did exactly that in his marvelous description of Phileas Fogg and his remarkable journey Around the World in Eighty Days, a trip done without any modern transportation. You won't have to pack your bags to join us in hearing the story first published in 1872.