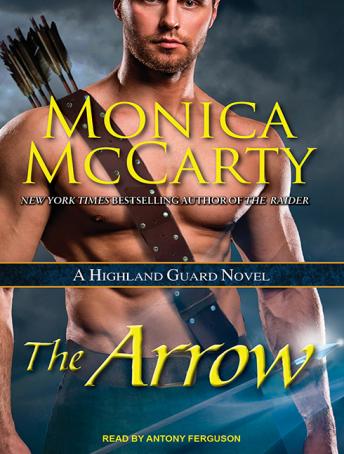 The Arrow: A Highland Guard Novel

The talents of legendary marksman Gregor 'Arrow' MacGregor are crucial now, as King Robert the Bruce moves to reclaim his Scottish holdings. Gregor's fame as an archer is rivaled only by his reputation with the lasses as a heartbreaker. But when he is exposed during a covert mission, Gregor is forced to lay low. He returns home only to find a new battle waiting: a daring game of seduction involving his now very grown-up and very desirable ward, Cate of Lochmaben.


A born fighter, Cate was clinging to life when Gregor rescued her after a vicious English raid on her village left her mother dead. But five years later, the once scrappy orphan Gregor took under his protection has become a woman. The heat in his eyes tells her that she has his attention . . . and his desire. But will Gregor allow his heart to surrender before danger finds them and the truth of Cate's identity is revealed?Contains mature themes.