An Arsonist's Guide to Writers' Homes in New England: A Novel 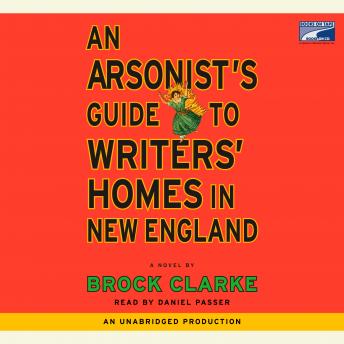 Sam Pulsifer, the hapless hero of this incendiary novel, has come to the end of a very long and unusual journey, and for the second time in his life he has the time to think about all the things that have and have not come to pass.

The truth is, a lot of remarkable things have happened in Sam’s life. He spent ten years in prison for accidentally burning down poet Emily Dickinson’s house–and unwittingly killing two people in the process. He emerged at age twenty-eight and set about creating a new life–almost a new identity–for himself. He went to college, found love, got married, fathered two children, and made a new start–and then watched in almost-silent awe as the vengeful past caught up with him, right at his own front door.

As, one by one, the homes of other famous New England writers are torched, Sam knows that this time he is most certainly not the guilty one. To prove his innocence, he sets out to uncover the identity of this literary-minded arsonist. What he discovers, and how he deals with the reality of his discoveries, is both hilariously funny and heartbreakingly sad. For, as Sam learns, the truth has a way of eluding capture, and then, when you finally get close enough to embrace it, it turns and kicks you in the ass.

Arsonist's Guide to Writers' Homes in New England: A Novel