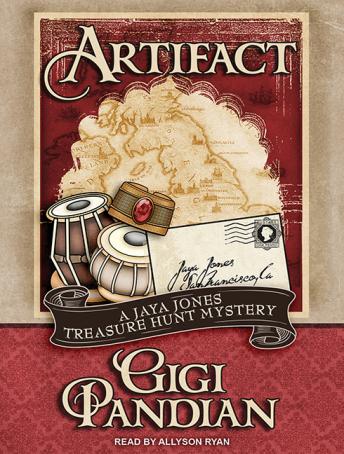 When historian Jaya Jones receives a mysterious package containing a jewel-encrusted artifact, she discovers the secrets of a lost Indian treasure may be hidden in a Scottish legend. But she's not the only one on the trail.

From San Francisco to the Highlands of Scotland, Jaya must evade a shadowy stalker as she follows hints from the hastily scrawled note to a remote archaeological dig. Helping her decipher the cryptic clues are her magician best friend, a devastatingly handsome art historian with something to hide, and a charming archaeologist running for his life. When a member of the dig's crew is murdered, Jaya must figure out which of the scholars vying for her affections might be the love of her life-and which one is a killer.