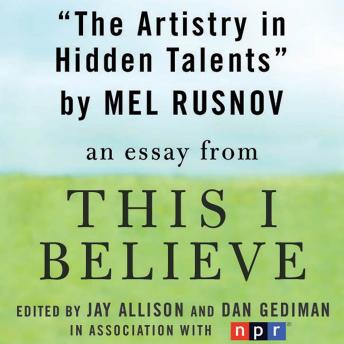 The Artistry in Hidden Talents: A 'This I Believe' Essay

Mel Rusnov describes the delight of discovering 'The Artistry of Hidden Talents', especially music, in people otherwise defined by their careers, for NPR's This I Believe series.