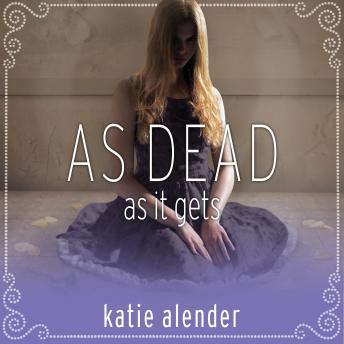 As Dead as it Gets

Ever since her sister Kasey was institutionalized, then seeing Lydia Small die a horrible, violent death, Alexis just wants thing to go back to the way it was before all of it happened. But normal people don't see decaying bodies haunting photographs. Normal people don't have to deal with regular intrusions from Lydia's angry ghost, sometimes escalating to terrifying attacks.


At first, it seems that Lydia wants revenge on Alexis alone. But a girl from school disappears one night, and Alexis spots one of Lydia's signature yellow roses lying on the girl's dresser the next day. Soon, it becomes clear that several of Alexis's friends are in danger, and that she's the only person who can save them. But as she tries to intervene, Alexis realizes that her enemy is a much more powerful ghost than she's ever faced before...and that its fate is tied to hers in ways she couldn't possibly imagine.


Not even in her worst nightmares.

As Dead as it Gets