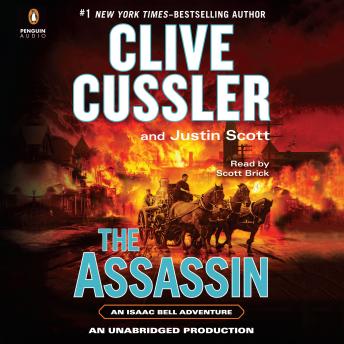 Detective Isaac Bell tracks a killer across the nation’s oilfields in this adventure in the #1 New York Times–bestselling historical series.

Bell summons his best detectives to hunt down the mysterious killer. But the murders—shootings, poisonings, staged accidents—have just begun as Bell tracks his phantom-like criminal adversary from the “oil fever” regions of Kansas and Texas to Washington, D.C., to the tycoons’ enclave of New York, to Russia’s war-torn Baku oil fields on the Caspian Sea, and back to America for a final, desperate confrontation. And this one will be the most explosive of all.