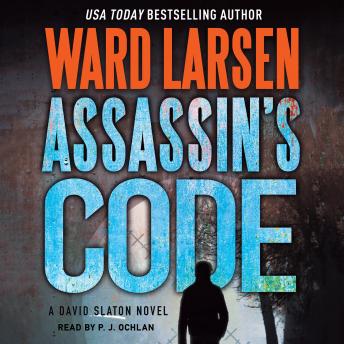 Step aside, Jason Bourne: David Slaton, the perfect assassin, returns for another adrenaline-packed adventure by USA Today bestselling author Ward Larsen in Assassin's Code.
Former assassin David Slaton discovers a cryptic message: on a memory stick, a photograph of the man who will soon assume command of DGSI, France's elite counterterrorism force. With that country reeling under a wave of ISIS attacks, Zavier Baland will be trusted to make the Republic safe again. The problem-Slaton has seen Baland's face before. He is Ali Samir, a terrorist Slaton is certain he killed fifteen years earlier. Unable to reconcile this frightening disconnect, he attempts to raise the alarm.
Thousands of miles away, the chief information officer of ISIS tries to keep networks running amid crumbling infrastructure. With the caliphate's very survival at stake, the leadership commits to a last-ditch gambit: France must be attacked on a massive scale, forcing the West into the battle of the Apocalypse.
Slaton keeps a breakneck pace, traveling to Tel Aviv, Paris, and the deserts of Syria. In the end he uncovers a labyrinthine plot-and one that only he can stop.