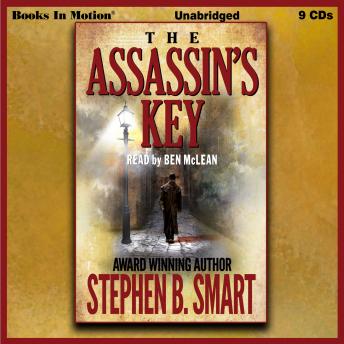 At fourteen, Gillis McCabe has a contentious argument with his father and angrily leaves his home, vanishing into the city. Years later, through hard work and innovative decisions he rises to become one of the wealthiest businessmen in Virginia. Feeling an urge to mend the relationship with his father, he decides to make the journey back to his childhood home. What he discovers shocks him. His father's estate is in shambles and the entire staff has been massacred. The mystery deepens when he finds Letty, the slave that raised him, and she gives him a strange medallion just as she dies. Gillis surveys the estate and realizes the only thing missing is his father, Scully McCabe. Tensions between the North and South are at a boiling point. The residents of the nation's capital are on edge as the city's murder rate soars. Searching for his father, Gillis quickly finds himself drawn into a downward spiral of death, torture and kidnapping at the hands of a mysterious group of brutal assassins. Gillis McCabe will face the greatest challenge of his young life as he tries to locate his father and stop a plot that could change the course of history.