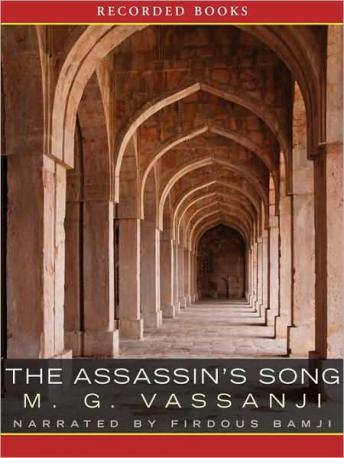 The magnificent new novel from the award-winning author of The In-Between World of Vikram Lall (“This beautiful novel . . . is proof that fictional truth can illuminate an epoch in history like nothing else”—The Boston Globe).

In the aftermath of the brutal violence that gripped western India in 2002, Karsan Dargawalla, heir to Pirbaag—the shrine of a mysterious, medieval sufi—begins to tell the story of his family and the shrine now destroyed. His tale opens in the 1960s: young Karsan is next in line after his father to assume lordship of the Shrine of the Wanderer, and take his place as a representative of God to the multitudes who come there. But he longs to be “just ordinary”—to play cricket and be part of the exciting world he reads about in the stacks of newspapers a truck driver brings him from all across India. And when, to his utter amazement, he is accepted at Harvard, he can’t resist the opportunity to go finally “into the beating heart of the world.”

Despite his father’s epistolary attempts to keep Karsan close to traditional ways, the excitements and discoveries of his new existence in America soon prove more compelling, and after a bitter quarrel, he abdicates his successorship to the ancient throne. Yet even as he succeeds in his “ordinary” life—marrying and having a son (his own “child-god”), becoming a professor in suburban British Columbia—his heritage haunts him in unexpected ways. After tragedy strikes, both in Canada and in Pirbaag, he is drawn back across thirty years of separation and silence to discover what, if anything, is left for him in India.

A story of grand historical sweep and intricate personal drama, a stunning evocation of the physical and emotional landscape of a man caught between the ancient and the modern, between legacy and discovery, between the most daunting filial obligation and the most undeniable personal yearning—The Assassin’s Song is a heartbreaking ballad of a life irrevocably changed.