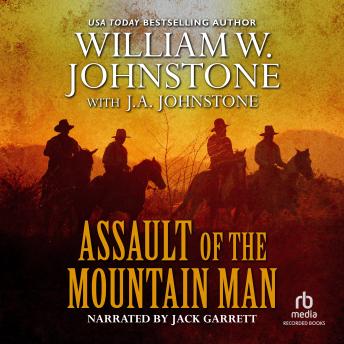 Assault of the Mountain Man

The Mountain Man novels from William W. Johnstone and J.A. Johnstone are fired with an incendiary intensity that thrills the series' many fans. In Assault of the Mountain Man, Smoke Jensen's wife Sally travels to Goth, Colorado, to open a restaurant. But there she's caught in a bloody confrontation prompted by five merciless bank robbers. With the town sheriff sent to the great beyond, and Sally clinging to life as a frontier surgeon tries frantically to save her, Smoke is filled with an all-consuming rage-bad news indeed for anyone who opposes him.

Assault of the Mountain Man