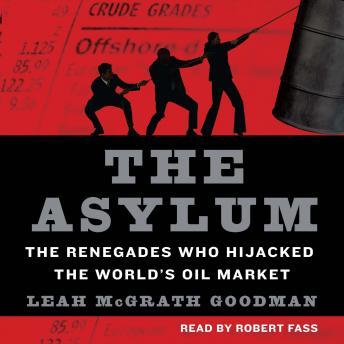 The Asylum: The Renegades Who Hijacked the World's Oil Market

The Asylum is a stunning exposé by a seasoned Wall Street journalist that once and for all reveals the truth behind America’s oil addiction in all its unscripted and dysfunctional glory.

In the tradition of Too Big to Fail and Liar’s Poker, author Leah McGrath Goodman tells the amazing-but-true story of a band of struggling, hardscrabble traders who, after enduring decades of scorn from New York’s stuffy financial establishment, overcame more than a century of failure, infighting, and brinksmanship to build the world’s reigning oil empire—entirely by accident.

Asylum: The Renegades Who Hijacked the World's Oil Market