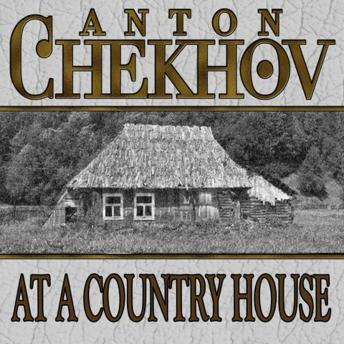 At a Country House

Rashevitch, a proud and talkative man, was entertaining a guest, Meier, the deputy examining magistrate. Rashevitch was enjoying Meier's company, providing him with a body to talk at. Rashevitch would go on and on about his beliefs and ideas, and found himself thinking that Meier might be a good match for one of his daughters to marry. As he continues to prattle on about social Darwinism, he develops this idea further and further in his mind, His daughters join the two men for dinner and Rashevitch takes his social critiques a step too far for Meier. From there, all his plans begin to unravel.
Anton Chekhov (1860-1904) was a Russian writer and playwright, considered by many to be one of the best writers of short stories in the history of literature. Chekhov was also a successful physician, but writing was his true passion. He was quoted as saying 'Medicine is my lawful wife and literature is my mistress.'

At a Country House