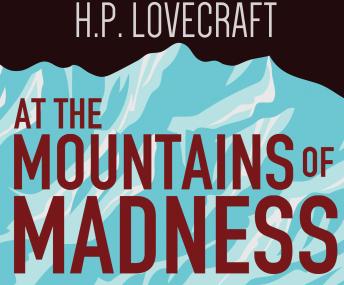 At the Mountains of Madness

A large scale and much publicized expedition to Antarctica is about to take place. While excitement runs high in the scientific community over this expedition, one geologist tries his hardest to stop the trip from ever happening. This is because William Dyer has been to Antarctica on an expedition before, and knows of the unspeakable horrors that lie in its frigid terrain. Dyer goes into explaining that during his last trip, he and another small group led by Professor Lake, encountered ancient alien life forms dubbed The Elder Things. Told from Dyers perspective, this story goes into detail of Dyer's fatal encounters with the aliens in Antarctica and how this new expedition will surely end in nothing but more tragedy.

At the Mountains of Madness