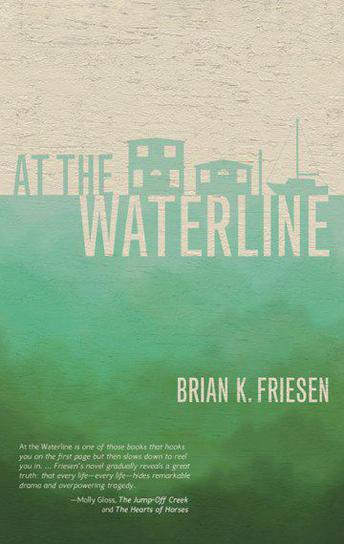 One windy night on the Willamette River, a young man with romantic notions of a sailing life crashes his boat into a railroad bridge, nearly killing his wife. Divorced, ashamed, and haunted by the tragedy, Chad tries to leave the river and its memories behind, only to be drawn back years later. At a ramshackle marina north of Portland, he lives and works among a motley assortment of houseboat dwellers and liveaboards, each with their own story and their own reasons to distrust or embrace a newcomer who can't quite commit to being one of them.
There's Dory and Marge, one a dreamer, the other a purveyor of hot dogs and gossip, necessary glue for a community literally tied together in the current; there's Barry, the Catholic priest who has lost his faith; Bernice and Bill, a perfect couple on the verge of fracturing; and there's Jack, who has lived on the river his entire life-before speedboats, before electricity, and before shotguns went out of style as a way of settling disputes.
As the seasons bring changes to the river, Chad and this makeshift community change each other in unexpected ways, learning to love, to trust, and to heal.
Author Bio:
Author Brian Friesen lived aboard a 29-foot Ericson called Star Fox and a 33-and-a-half-foot Hunter called The Arctic Loon alternately for three years. His time spent working in various marinas along the Columbia River immersed him in the gritty reality of river-community life. Brian was the recipient of the James Patrick Folinsbee Award for creative writing at the University of Alberta in Edmonton, Canada, where he received his Master of Arts degree in English. He is an active member of the Portland literary scene, and his stories and essays have appeared in R.K.V.R.Y. Literary Journal, The Music Liberation Project, The Portland Spectator, and A Write Around Portland Anthology. He works for the Oregon Department of Fish and Wildlife.