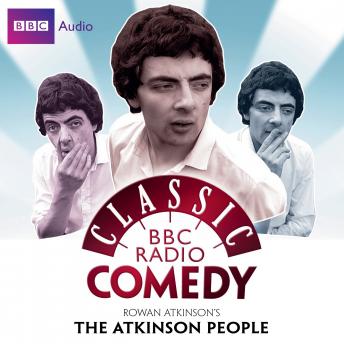 Rowan Atkinson stars as many different characters in four episodes from the classic comedy series, written by Rowan Atkinson and Richard Curtis ('Four Weddings and a Funeral', 'Notting Hill'), which investigates the lives of four great - but imaginary - men.

Produced by Griff Rhys Jones, 'Atkinson’s People' was one of the first radio series ever to star Rowan Atkinson and was a forerunner to the massively successful 'Blackadder' TV series.

Rowan Atkinson stars in the spoof radio series which looked at the personalities behind the headlines - co-written by Richard Curtis.