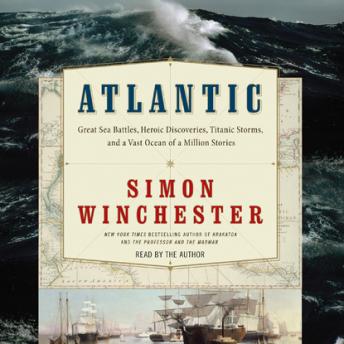 Blending history and anecdote, geography and reminiscence, science and exposition, New York Times bestselling author Simon Winchester tells the breathtaking saga of the Atlantic Ocean. A gifted storyteller and consummate historian, Winchester sets the great blue sea's epic narrative against the backdrop of mankind's intellectual evolution, telling not only the story of an ocean, but the story of civilization. Fans of Winchester's Krakatoa, The Man Who Loved China, and The Professor and the Madman will love this masterful, penetrating, and resonant tale of humanity finding its way across the ocean of history.