Atlantis and Other Places: Stories of Alternate History 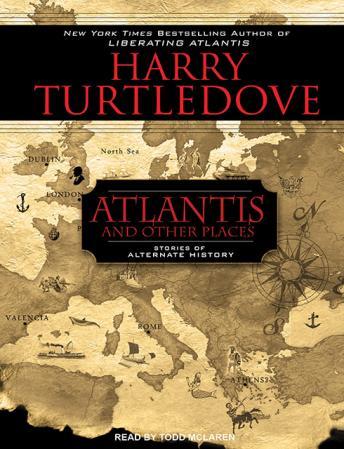 A famous naturalist seeks a near-extinct species of bird found only on the rarest of lands in 'Audubon in Atlantis.' A young American on a European holiday finds himself storming an enchanted German castle in 'The Catcher in the Rhine.' The philosopher Sokrates plays a key role in the Athenian victory over the Spartans in 'The Daimon.' Centaurs take a sea voyage aboard 'The Horse of Bronze' to a land where they encounter a strange and frightening tribe of creatures known as man. London's most famous detective, Athelstan Helms, and his assistant, Dr. James Walton, are in Atlantis investigating a series of murders in 'The Scarlet Band.'

Atlantis and Other Places includes these and seven more amazing stories of ancient eras, historical figures, mysterious events, and out-of-this-world adventure from the incomparable Harry Turtledove.

'The Catcher in the Rhine'-Track 4

Atlantis and Other Places: Stories of Alternate History