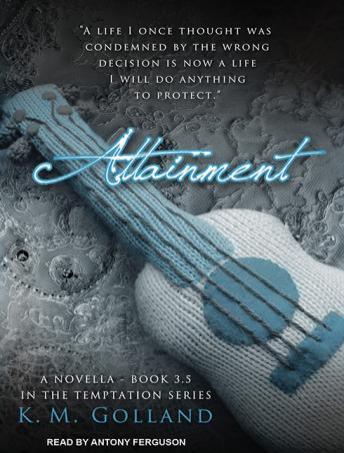 For most of Bryce Clark's adult life, he had been plagued by guilt over what he claimed was a wrong decision; a lapse of better judgement on his part. He hadn't lived the life he wanted to live, or thought he deserved-until Alexis came along.

Alexis Summers-a breath of fresh air, blown in for Bryce to inhale, allowing him to once again breathe; and live. She ensnared his heart, mind, body, and soul. She consumed him, completely.

Inseparable from the moment they first met, Bryce and Alexis are now engaged and expecting a baby. Bryce has everything he has ever wanted; wealth, the girl, and to become a father. Will he finally achieve his ultimate attainment? Or will guilt of what he deems are his mistakes-his sins-ruin everything?