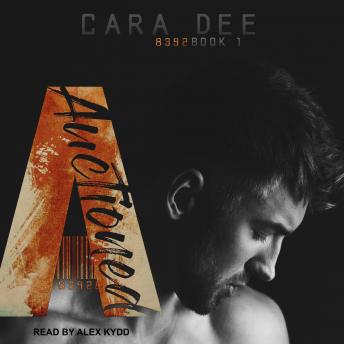 Gray Nolan's biggest problem in life was the torch he carried for his closeted coach. He was just another happy-go-lucky dude, a college student and hockey player, when his ordinary existence was interrupted, and he became a human trafficking statistic.

He and seven other young men were taken aboard a luxurious yacht where they were to be auctioned off to the highest bidder. Gray was beaten, shattered, and almost defeated by the time his buyer stepped out of the shadows in a swirl of his own cigarette smoke.

He was Gray's new owner.

Darius Quinn had vowed never again to find himself in a situation like this. His days as a private military contractor were over. No more missions, no more risks, no more personal attachments. Yet, here he was, after weeks of searching, face-to-face with his broken prize.

It was time to get the knucklehead back to his family. Quick and easy was Darius's plan. Then everything went sideways.

The first part of this book is very very dark and should carry a content warning re abuse and trauma. I stopped listening after a couple of hours of torture and pain so if it lightens up later I can't comment on that.

A good listen. Narration was amazing.