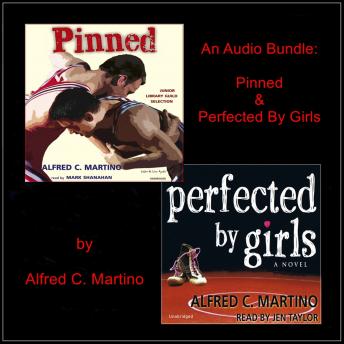 Ivan Korske and Bobby Zane are two high school seniors embarking on the most important winter of their lives in a quest for the New Jersey state high school wrestling championship. Ivan Korske is the pride of Lennings, a rural town tucked away in the farmlands of western Jersey, and the odds-on favorite to be crowned state champion in the 129-pound weight class. For Ivan, the stakes are impossibly high. A state championship fulfills a promise he made to his mother before she passed away nine months earlier and will, perhaps, stem his father's continued withdrawal from life. But mostly, Ivan dreams of getting a scholarship to a college far from his dreary hometown. To him, anything short of the title is failure. In Short Hills, a wealthy town on the other side of the state, Bobby Zane protects his younger brother Christopher from the fallout of their parents' impending divorce, while searching for comfort from Carmelina Carrillo, a girl from a depressed part of Newark. Despite the distractions from the intense pressures of adolescent love and the family's breakup, Bobby realizes his quest for the coveted 129-pound state title may be his only hope for salvation. Pinned follows Ivan and Bobby's season-long efforts toward overcoming forces within and beyond their control toward a title that only one of them can capture!
In Perfected By Girls, navigating high school isn't easy for Melinda Radford. She's the lone girl on the Ashton High wrestling team, grappling with opponents who refuse to compete against her, a few who want to crush her, and a coach who's less-than-pleased having a female in his practice room. At home, Mel's parents forbid her from seeing her new boyfriend, her grandmother insists she start preparing for her future by taking a dreary office internship, and her infuriating older brother, who's the varsity team captain, flirts with her best friend, Jade. Just when it seems things can't get any more complicated, an off-handed comment puts Mel at odds with her teammates, her brother, and, worst of all, her coach. But through a twist of tragedy and fate, Mel is given an unexpected opportunity to accomplish something no girl in her school's history has ever done--something that just may redeem herself in the eyes of her detractors. But is she strong enough to handle the pressure?