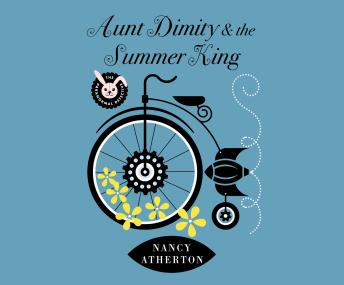 There's trouble in Finch. Four recently sold cottages are standing empty, and the locals fear that a developer plans to turn their cozy village into an enclave of overpriced weekend homes. But for once Lori Shepherd can't help. Her infant daughter, her father-in-law's upcoming wedding, and the crushing prospect of her fortieth birthday have left her feeling overwhelmed. Until, that is, she has a chance encounter with an eccentric inventor named Arthur Hargreaves. Dubbed the Summer King by his equally eccentric family, Arthur is as warmhearted as the summer sun. In his presence, Lori forgets her troubles - and Finch's. But Lori snaps out of her happy trance when she discovers detailed maps of Finch in the Summer King's library. Is Arthur secretly plotting Finch's demise? With Aunt Dimity's otherworldly help, Lori mounts a crusade to save her beloved village from the Summer King's scorching greed.