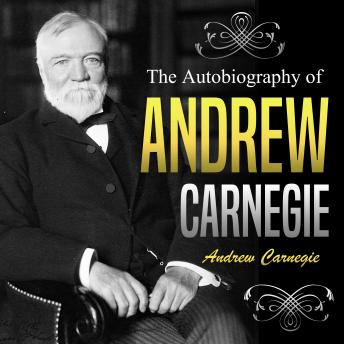 The Autobiography of Andrew Carnegie

Narrated By: Michael A Harding

Andrew Carnegie was a Scottish-American industrialist, and philanthropist. Carnegie led the expansion of the American steel industry in the late 19th century and became one of the richest Americans in history. He became a leading philanthropist in the United States and in the British Empire. During the last 18 years of his life, he gave away $350 million to charities, foundations, and universities – almost 90 percent of his fortune. His 1889 article proclaiming 'The Gospel of Wealth' (included in this audio book) called on the rich to use their wealth to improve society, and stimulated a wave of philanthropy.