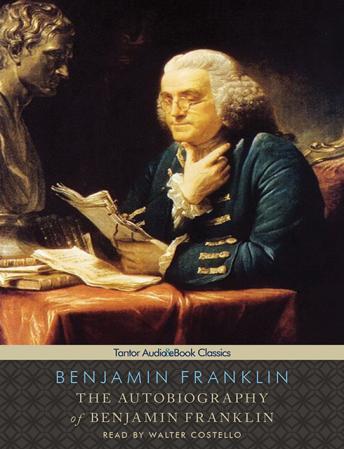 Few men could compare to Benjamin Franklin. Virtually self-taught, he excelled as an athlete, a man of letters, a printer, a scientist, a wit, an inventor, an editor, and a writer, and he was probably the most successful diplomat in American history. David Hume hailed him as the first great philosopher and great man of letters in the New World.

The Autobiography of Benjamin Franklin is one of the most important and influential works in American history. It tells the story of Franklin's life from his humble beginnings to his emergence as a leading figure in the American colonies. In the process, it creates a portrait of Franklin as the quintessential American. Because of the book, Franklin became a role model for future generations of Americans, who hoped to emulate his rags-to-riches story. The autobiography has also become one of the central works not just for understanding Franklin but for understanding America.

Initially written as a letter to his son William, the autobiography offers Franklin's reflections on philosophy and religion, politics, war, education, material success, and the status of women. Stylistically his best work, it has become a classic in world literature, one to inspire and delight readers everywhere.

This title is due for release on November 17, 2008
We'll send you an email as soon as it is available!