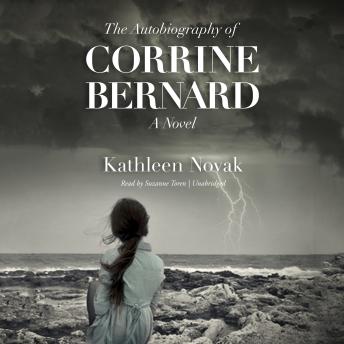 The Autobiography of Corrine Bernard: A Novel

The elusive lover of Do Not Find Me returns to tell her side of the story in The Autobiography of Corrine Bernard. From her hapless childhood under Nazi occupation to her life as a woman of letters in present-day New York City, Corrine remains scrappy and wise. As a schoolgirl in Paris, she goes her own way, disinterested in most friendships, intensely drawn to the heroines she finds in literature and daring in the favors she is willing to trade with boys. When she is seventeen, she travels to America to visit her godmother and meets Charles Bernard, whose wealth and ruthlessness will alter the entire course of her life.In a bold and mesmerizing voice, Corrine details her intense pull toward Charles, her lifelong attraction to the blue-eyed Italian named Gigi Paulo, and her observations of Paris, New York, St. John's, and London as she roams in exile for decades of her life. Dear Reader, she begins, I have my tales to tell. And so she does in this dark and compelling novel.Corrine will surprise you, confide in you, and ultimately win you, despite her ferocious and singular ways. The severed heart beats wildly beneath the floor boards. Do you hear it, she asks. By the end of her story, you will, dear reader, you will.

Autobiography of Corrine Bernard: A Novel