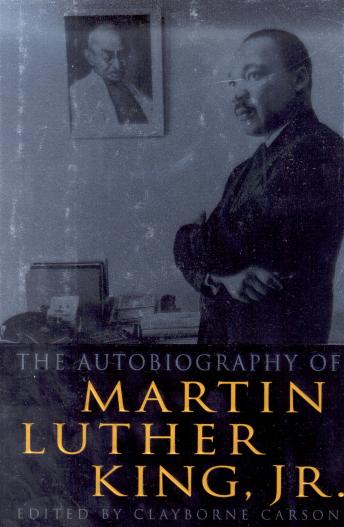 With knowledge, spirit, good humor, and passion, THE AUTOBIOGRAPHY OF MARTIN LUTHER KING, JR. brings to life a remarkable man whose thoughts and actions speak to our most burning contemporary issues and still inspire the desires, hopes, and dreams of us all.

Written in his own words, this history-making autobiography is Martin Luther King: the mild-mannered, inquisitive child and student who chafed under and eventually rebelled against segregation; the dedicated young minister who continually questioned the depths of his faith and the limits of his wisdom; the loving husband and father who sought to balance his family's needs with those of a growing, nationwide movement; and the reflective, world-famous leader who was fired by a vision of equality for people everywhere.

Relevant and insightful, THE AUTOBIOGRAPHY OF MARTIN LUTHER KING, JR. offers King's seldom disclosed views on some of the world's greatest and most controversial figures: John F. Kennedy, Malcolm X, Lyndon B. Johnson, Mahatma Gandhi, and Richard Nixon. It also paints a rich and moving portrait of a people, a time, and a nation in the face of powerful change. Finally, it shows how everyday Americans from all walks of life confronted themselves, each other, and the burden of the past-and how their fears and courage helped shape our future.

This title is due for release on December 1, 2005
We'll send you an email as soon as it is available!