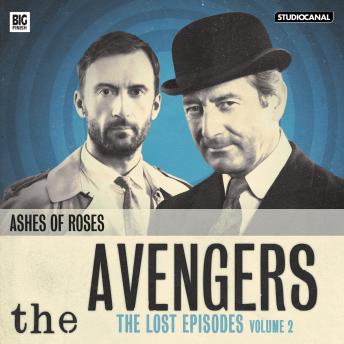 The Avengers - The Lost Episodes Volume 02

1: Ashes of Roses
Written by Peter Ling and Sheilah Ward, adapted by John Dorney
Carol goes undercover at a hairdressing salon, which appears to be at the centre of an arson ring.

3: The Radioactive Man
Written by Fred Edge, adapted by John Dorney
Someone is at large in London, unwittingly carrying a radioactive isotope.

4: Dance With Death
Written by Peter Ling and Sheilah Ward, adapted by John Dorney
Dr Keel is framed for murder, and Steed investigates a dance school.