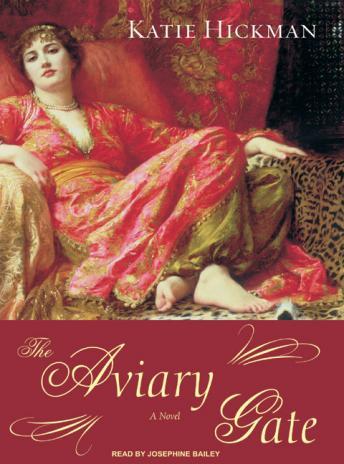 The Aviary Gate: A Novel

Elizabeth Staveley sits in the Bodleian library, holding in her trembling hands a fragment of ancient paper. It is the key to a story that has been locked away for four centuries-the story of a British sea captain's daughter held captive in the sultan's harem.

Constantinople, 1599. There are rumors and strange stirrings in the sultan's palace. The chief black eunuch has been poisoned by a taste of a beautiful ship made of spun sugar. The sultan's mother faces threats to her power from her son's favorite concubine. And a secret rebellion is rising within the palace's most private quarters.

Meanwhile, the merchant Paul Pindar, secretary to the English ambassador, brings a precious gift to the sultan. As he nears the palace, word comes to Pindar that the woman he once loved, Celia, may be alive and hidden among the ranks of slaves in the sultan's harem. Can this really be the same Celia who disappeared in a shipwreck? And if it is, can the two be reunited?