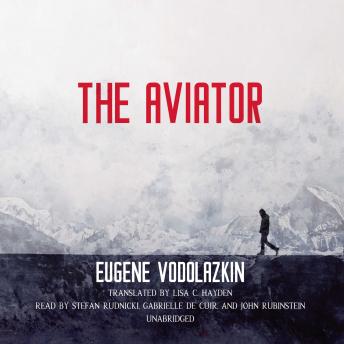 A man wakes up in a hospital bed, with no idea who he is or how he came to be there. The only information the doctor shares with his patient is his name: Innokenty Petrovich Platonov. As memories slowly resurface, Innokenty begins to build a vivid picture of his former life as a young man in Russia in the early twentieth century, living through the turbulence of the Russian Revolution and its aftermath. But soon, only one question remains: how can he remember the start of the twentieth century, when the pills by his bedside were made in 1999? Reminiscent of the great works of twentieth-century Russian literature, with nods to Dostoevsky's Crime and Punishment and Bulgakov's The White Guard, The Aviator cements Vodolazkin's position as the rising star of Russia's literary scene.