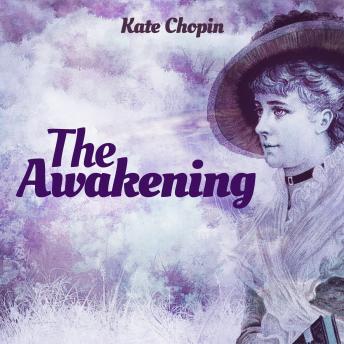 'The Awakening' is an 1899 novel by Kate Chopin set in New Orleans and the Gulf coast at the end of the 19th century. It is widely seen as a seminal work of early feminism which put the spotlight on women's issues. The story is about Edna Pontellier, the wife of a New Orleans businessman, who falls in love with Robert Lebrun, a man she meets at a resort on the Gulf of Mexico. When the family returns to New Orleans, Edna isolates herself from society and withdraws from some of the duties customarily associated with motherhood. Edna has two friends that give her opposite advice: her close friend Adèle Ratignolle and the pianist Mademoiselle Reisz who lives a life of independence. Ultimately Robert withdraws from Edna's life, claiming in a note that he refuses to shame her in the eyes of society. The combination of realistic narrative, psychological complexity and social commentary makes 'The Awakening' a forerunner of American modernist literature and prefigures the works of novelists like William Faulkner and Ernest Hemingway.

This title is due for release on September 11, 2019
We'll send you an email as soon as it is available!