Ayn Rand and the World She Made 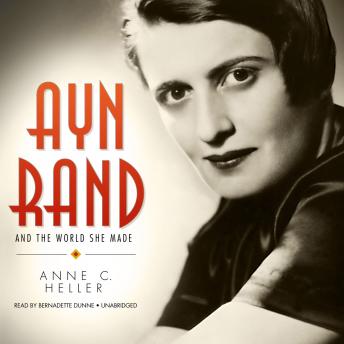 Ayn Rand is best known as the author of two phenomenally best-selling ideological novels, The Fountainhead and Atlas Shrugged, which have sold over twelve million copies in the United States alone. Through them, she built a cult following in the late 1950s and became the guiding light of Libertarianism and of White House economic policy in the 1960s and ‘70s. Her defenses of radical individualism and of selfishness as a “capitalist virtue” have permanently altered the American cultural landscape.
Anne Conover Heller traveled to Russia to discover Rand’s Russian and Jewish roots and her misunderstood youth, interview surviving acquaintances, and unearth new archival material. The result is the most comprehensive, revealing and unbiased biography of one of the most important figures of the twentieth century.

Ayn Rand and the World She Made

This title is due for release on November 27, 2009
We'll send you an email as soon as it is available!